In October 2008 Iceland experienced a shocking financial crisis, the three large commercial banks went bankrupt over 3 days - on the 8th of October the UK parliament used its anti-terrorism legislation against Iceland to protect assets. I was living in London at the time and in constant contact with my family. I remember talking to my grandfather who went to his bank with a black garbage bag to withdraw all his savings, but could not.

We started the non-profit Citizens Foundation with this idea. In May 2010, a week before the local city elections in Reykjavík, we launched the Better Reykjavík website, offering all the political parties running in the elections their own space where their supporters could write, debate and prioritize policy ideas.

Only one party, the Best Party, used the Better Reykjavík website, asking their supporters to join and help them create and prioritize policy for the next 4 years.  The party was already polling around 40% so the initiative got a lot of media attention. Better Reykjavík was a big hit. Over 40,000 people participated with over 1,000 policy ideas debated and prioritized in a period of two weeks.  Many of the top ideas were then implemented by the city in the coming years, for example projects on field trips for schoolkids and better shelter for homeless people. 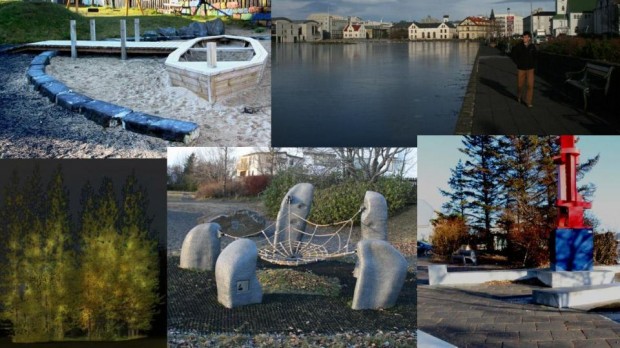 In October 2011 we started an official partnership with the city of Reykjavík, giving citizens a voice at the different city council committees. Top ideas from Better Reykjavík are added to the agenda every month and the city commits to process and answer them all, creating a dialogue between citizens and the city government.

In 2012 we launched Better Neighborhoods, a yearly participatory budgeting event where citizens submit ideas on how to spend a part of the city budget in their neighborhood. The ideas are costed by the city and finally voted on in a binding budget vote, teaching citizens about city budgets as well. Now, over 4 years later, change is visible in all of the neighborhoods, with debated and prioritized ideas from citizens made a reality.

The biggest challenge is letting citizens know about opportunities to participate - you need to think about marketing and outreach. Our most successful innovation is our debate system.  In early versions with a standard commenting feature people sometimes started to argue and it got personal quickly.  We evolved a solution to this: we split the screen in two, with points for the idea on the left side of the screen and the point against on the right.  You can’t comment on other peoples points - only write counter points. This has taken the level of discussion to a higher level.

We are working with the city of Reykjavk to evolve Better Reykjavík and create more experiments where citizen-driven development will be the key focus. The Citizens Foundation is working on projects around the world, including an exciting project in England called NHS Citizen where our open source software Your Priorities is used to power participation between users of the NHS and the NHS board. We are really excited about the future of electronic democracy and are working hard to make sure it is as open and transparent as possible.