In an example of Open Policy Making on a huge scale, almost 2 million people across 194 countries have been involved in defining the United Nation's (UN) Millennium Development Goals. 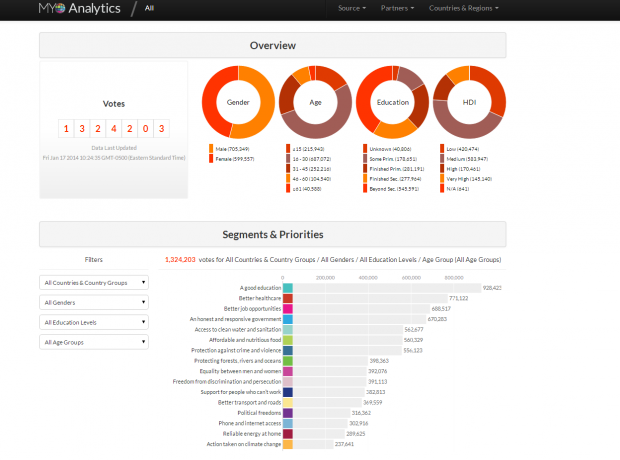 In the past, a small group of academics and policy makers had the final decision on goals. But for the next set of goals – in place from 2015 onwards - the UN wanted to do things differently.

They designed an ambitious programme to gather views from across the world, and in particular from often hard-to-reach groups such as gang members, children living and working on the street and people with disabilities.

They employed a huge range of methods including social listening, text voting and town hall meetings to reach as many people as possible.

Speaking to so many people at once was daunting at first, and many at the UN feared that people’s wants and needs would vary so much that they would not be able to satisfy them. However, they quickly found themes emerging, with people from different sides of the world sharing the same basic interests and needs. The priority areas were clear: