On Friday 20 June OPM was delighted to have the opportunity to hear about how France is doing open policy, open government, and open data. Our own Paul Maltby introduced presentations by Max Brunner, Director of International Relations at l'Ecole Nationale d'administration (the French national school of public administration) and Romain Lacombe, until a few weeks ago Head of Innovation at the Open Government Data Taskforce in France. The event was organised by the Policy Profession and Civil Service Learning, part of a series aimed at senior policy makers to learn and share best practice from experts in the UK and around the world. Check out our Storify including our tweets and the presenters' slides. 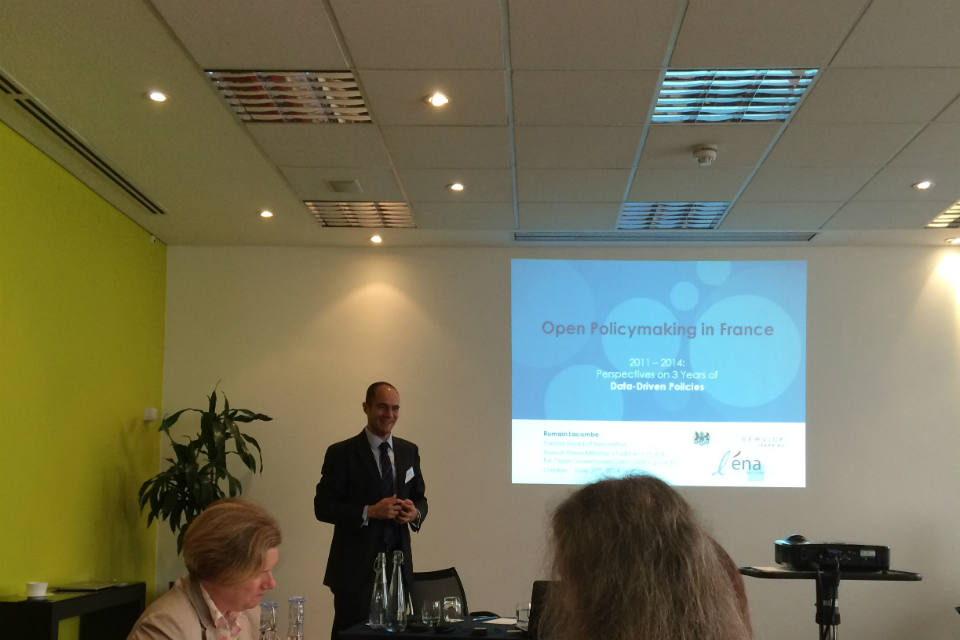 What did we learn? France has embraced the open data movement enthusiastically - and like us in the UK, civil servants have had to figure out the new skills and approaches they need and start building them into induction and training. The French people have responded with enthusiasm, especially developers, with a healthy industry starting to grow for apps and other tools using government data. It isn't all easy: they're dealing with the same issues we are of how to balance transparency and privacy, working out the limits of government data and communicating that to the people who might want it, and getting public sector services up to the standard people have come to expect from technologically sophisticated commercial organisations. Since April this year France is part of the Open Government Partnership (the UK is a founder member) which is governments working together on standards and practices to be more accountable and open to citizens, so we can look forward to more cross-Channel ideas and learning in the future.

What should we be learning from other countries' approaches to the openness agenda? Let us know in the comments below - or join the conversation on Twitter with us @OpenPolicyUK, Paul @_OpenP and Romain @rlacombe.