A room full of people making Play-Doh shapes of ducks and monkeys might not seem an obvious way to start a conversation about prototyping in government. But opening the Open Policy 2015 prototyping workshop this way allowed the speaker, Andrea Siodmok, head of the Policy Lab, to surface at once three of the key principles of prototyping. First it’s about making ideas tangible. Second, it makes them shareable and discussable, so that they can then be improved upon. Third, it is a collective activity that many people can contribute to. This fast-paced session kept these principles in view as it enabled people to explore what prototyping in government might mean at the earliest stages of policymaking. 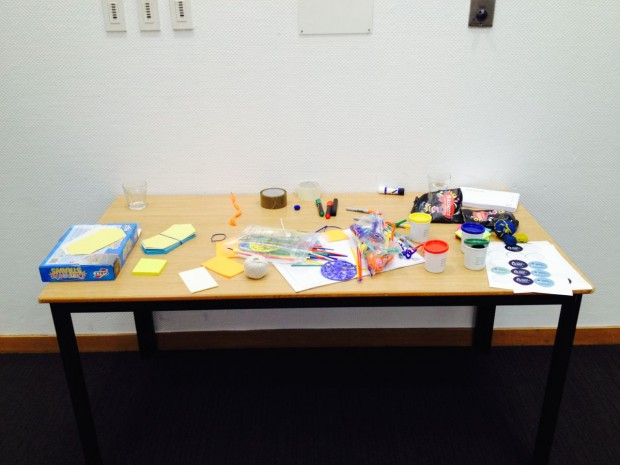 The Government Digital Service has championed within the Civil Service both understanding of the value of prototyping and the skills and processes to do it in the context of digital services. Nesta has promoted the approach through its prototyping framework. The Design Council has worked with several government departments to generate and prototype service improvements. The Cabinet Office Open Policy Making team argues for the importance of early stage experimentation in policymaking. Policy Lab’s demonstrator projects with the Home Office, HMRC, Department of Health and Department of Work and Pensions, some of which are described in posts on this blog, are working out how prototyping can take place in policymaking and what impact it has.

As a result, in government the idea of prototyping is now spreading beyond digital services. I’ve heard policymakers refer to their policies as “alpha” and “beta” versions.

This is where Lab’s Open Policy 2015 workshop came in. Participants included policymakers from areas such as tax and pensions as well as the Scottish Government and UK Trade and Investment intrigued to find out more. Sharing examples of work from previous roles in local government, Andrea showed how practical, low-cost prototyping helped reduce time to delivery, reduce wastage and costs from rolling out ideas that don’t work, and improve the likelihood of take-up of a policy. 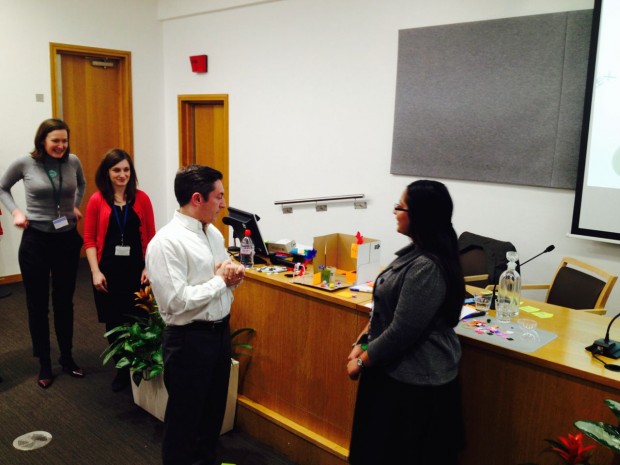 Having excited people about the possibilities in the first hour, the second hour was even more hands on. Andrea set a challenge – but gave people an opportunity to work on their own policy area if they wanted to (none did). The challenge was to respond to the brief “What if visiting a GP was based on the idea of ‘The patient will see you now’? How would this change the whole primary healthcare system?”

Participants then self-organised into three groups, found somewhere to work in the basement conference room where the workshop took place, and got stuck in. They helped themselves to craft materials arranged on a table as well as flipchart paper, post it notes and pens. Policy Lab staff were on hand to help with practical advice and encouragement, for example suggesting looking at three phases – making appointments/arriving, seeing the doctor, and after the visit, and focussing in on one persona representing a particular user segment and their needs. Policy Lab also gave each team one ‘challenge card’ to provide an extra focus, for example “What if the service was people-powered?” 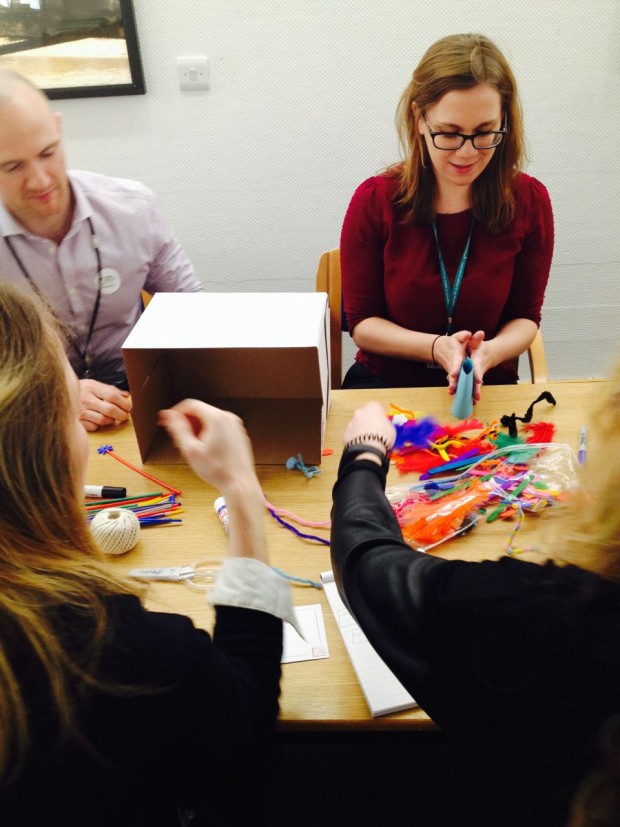 Over 45 minutes participants moved from analysing what did not work in the current patient experience of GP surgeries, to generating ideas about how to redesign the service based on the principle of ‘the patient will see you now’, and giving it physical form. What was striking was how people who had never met before managed to work together to explore a complex area, generate and realise and share their ideas in an open, creative way.

The workshop ended with a two-minute presentation by each team – all of which involved some degree of role play and performance, bringing their ideas to life and helping the rest of us understand how patients would interact with the new service. Their service concepts were rough-and-ready but complex, combining organisational processes, people’s behaviours and interactions, established technologies (such as buzzers, digital devices or wifi) used in new ways, as well as communications and spatial design. 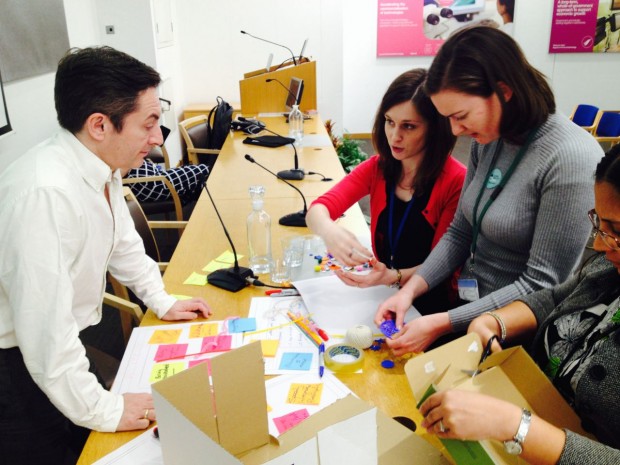 The takeaways from this workshop were 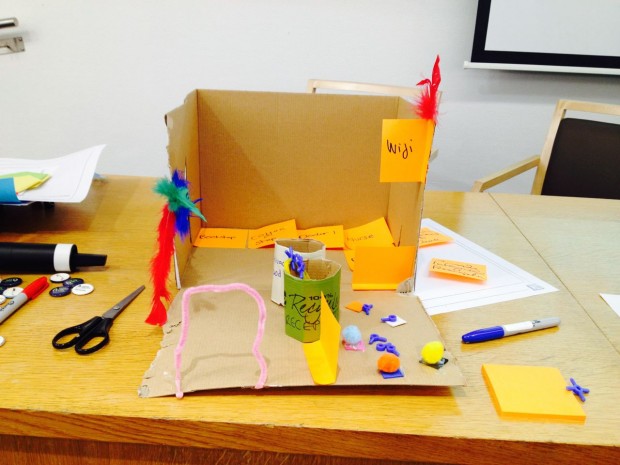