These are hypothetical change cards that Policy Lab usually uses in quickfire brainstorming rounds to generate loads of - sometimes a bit out there ideas - which we can refine and improve. But the last question was less hypothetical - we were using these cards in a series of workshops we ran for Foresight’s Future of an Ageing Population project - where the world we were thinking about was actually 2040.

By 2040, 30% of the population are going to be over 60, up from 23% in 2012. We’re all going to be living longer, working longer and caring for family members in changing family structures. Technology will provide lots of opportunities to help us work and keep healthy remotely, but also profoundly change the skills that people need to stay in employment and earn enough to pay for care in later life.

The Foresight team in the Government Office for Science has been working with leading academics and experts, through over 100 hours of expert meetings and 22 evidence reviews, totalling around 220,000 words, to develop a really strong, peer-reviewed evidence base for the future of the UK’s ageing population. But a really well evidenced report is not always the best way to communicate a message to busy people. On that basis, Foresight asked us to design and run an event which would help policymakers to digest their evidence, and take some time to co-design solutions that were as important but not always as immediate as their busy day jobs. 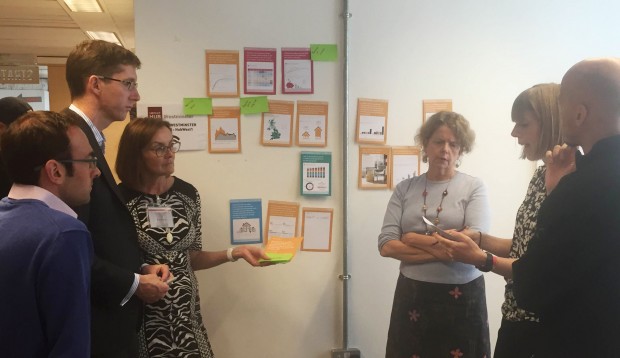 So we commissioned Data Design [link to their blog] to break down the evidence into bite sized chunks, and asked teams of policymakers to go on an evidence safari, moving round the room to search through the beautifully visualised charts, graphs and expert opinion for relevant evidence to meet their specific challenges. We then asked them to look at the evidence in a more human way, looking at Tom, Laura, Kyla, Sasha, Bob and Adiba - six illustrated personas that we had created out of the evidence.

Having spent the morning exploring the evidence, we then spent the afternoon using our typically creative techniques to reach out to new, unexplored and transformative ideas to respond to the evidence. 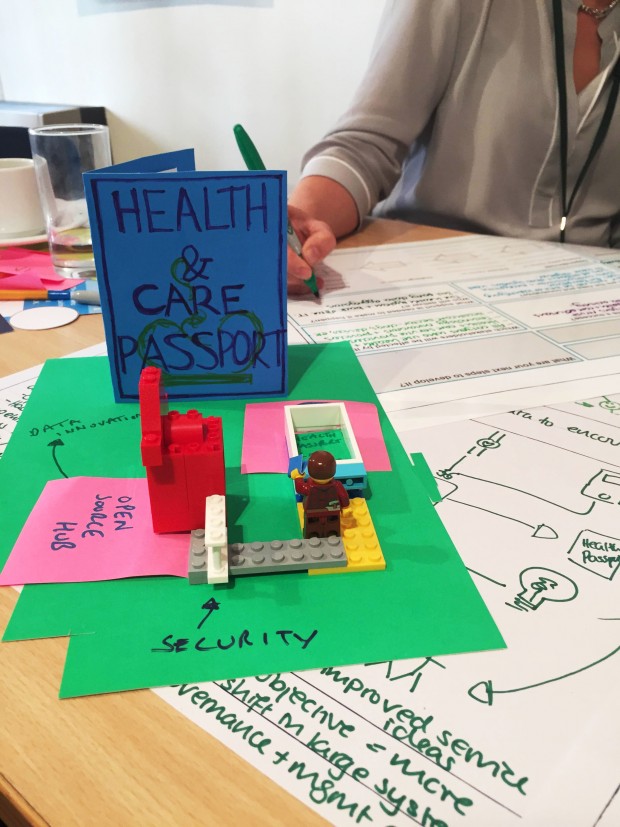 We ended up with 16 crunchy ideas which we are now going to spend some time refining with our expert group. We also saw how our tools could be used to design policy in challenging future situations: 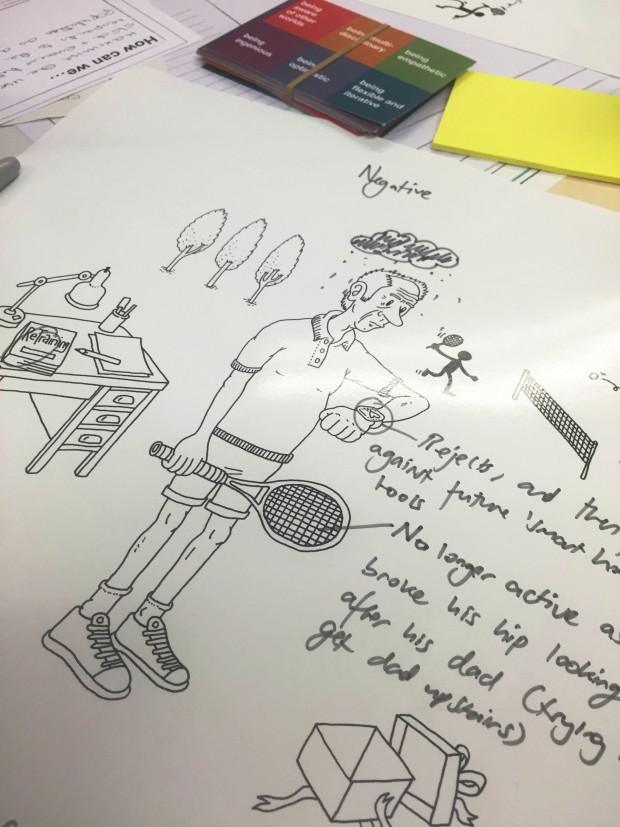