Where does creativity come from? What are the conditions we need to create to encourage it within the civil service, and indeed in all workplaces? As Samar Shams argues, most of us don’t realise we’re creative, but the shifting world of work - and arguably the complex challenges of government - mean we absolutely need to be. 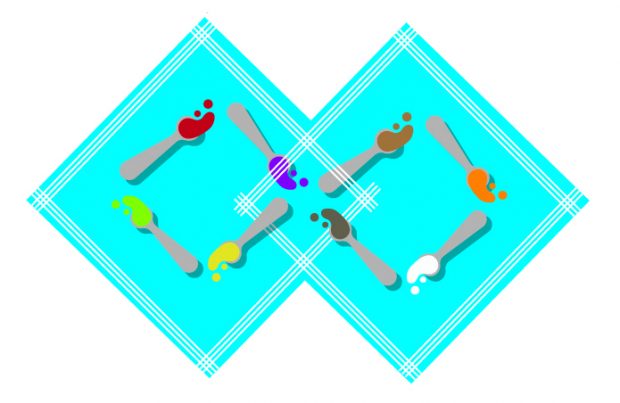 The Policy Lab exists, fundamentally, to up-skill the civil service so that government does better policy-making. We think a core part of that is unlocking the creative potential of civil servants. Giving people the permission and confidence to unleash their creative instincts, however deeply buried.

I’ve just returned from six weeks of absence following a cycle accident and subsequent surgery. Plenty of time for reflection, and, once the initial fuzziness had passed, a bit more time to spend nurturing my own creative instincts in one of my favourite pastimes - food!

The problem was it turns out that if you break several bones in your face, there are certain restrictions on what you can actually eat. Who knew? A liquid diet beckoned. Daunting, but a chance to dig out my tattered recipe books and start experimenting - initially in my imagination, but later in the safe confines of my own kitchen.

Turns out the options are pretty much limitless. The cheap, sustaining and deeply comforting nature of soup means that it is a staple of pretty much every national diet. From the most delicate miso to the thickest stand-your-spoon-in-it pea soup. Italian beans, Moroccan lentils, aromatic south-east Asian broths (albeit all whizzed and thinned to a uniform consistency). In fact, far from restricting my diet, I went on a culinary adventure: using old ingredients in new ways, discovering new ones, and finding some shortcuts along the way.

Of course as a good Policy Lab-er, I’d read about frugal innovation. I got the theory that necessity and constraint could power innovation. (And I appreciate my soup efforts are not exactly in the league some of these examples from Nesta). I had explained the theory hundreds of times - not least when using some of our 'change cards', which deliberately seek to narrow options (‘what if we only had one day?’, ‘what if there was no budget?’).

But I guess my overall assumption was that the real creative bit happened in the opening up - the diverging part of the double diamond - rather than the closing down. It was the reality of experiencing it for myself that was the lightbulb moment.

So how might we help civil servants turbo-charge their creativity? I’m not suggesting an enforced soup diet (and I certainly don’t think any bones need to be broken). Civil servants, of course, are always working in a set of constraints. But Onarheim argues that there is a difference between the perceived constraints that come from assumptions, culture and habits, and actual, legitimate constraints arising from process, politics and structures.

And the relationship between creativity and constraint is complex - with different dimensions (how abstract or articulated constraints are; how easy they are to work within) interacting. My experience would clearly have been different if I’d had other dietary restrictions, or of course been less able to afford a range of ingredients and the space to prepare them in.

In the Lab, we use ‘challenge setting’ to get to the right question - narrowing the parameters recognising actual constraints. But combine with ‘idea generation’ - opening up the range of possibilities beyond the perceived constraints. We think this helps create the conditions for creativity - the ‘sweet spot’ as Onarheim calls it.

As ever, we’d love to hear your stories of where constraints have had a positive impact on your own creativity. And your favourite soup recipes, of course.