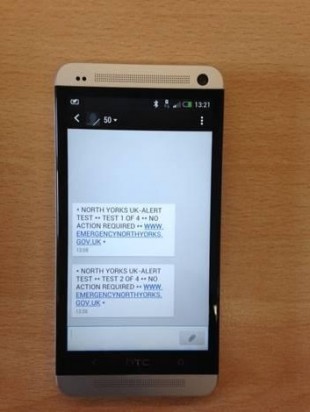 During an emergency it is vital that emergency responders can contact members of the public in order to give them important, potentially life saving information. We already have ways of doing this, but how could we improve current systems? The Civil Contingencies Secretariat decided to test different approaches to find out.

The team used previous trials together with domestic and international evidence from academics and institutions to target their approach. Working in partnership with three major mobile network operators and local emergency responders, the team trialed whether sending sms alerts to mobile phones would improve current arrangements. Through the trials the team sought to gather insights on the technical implications of introducing a mobile alert system as well as views from the public and emergency responders on whether introducing mobile alerts would enhance existing alert systems.

It was the largest test of its kind, with over 35,000 messages sent to people based in the selected areas. Initial results show a positive response from the public and responders alike and the team will conduct further tests to interrogate further whether a mobile alert system can be fully implemented in the UK.