At our Policy Lab New Year planning day, we started with an ice-breaker to find out some interesting facts about our different backgrounds that people might not know. Mine were that my great-great grandfather was the first mate on the Cutty Sark and that I can’t (won’t) eat chips with triangle ends. This led to us thinking about our different backgrounds more generally and how many different routes can lead to a team that mixes policy and design. 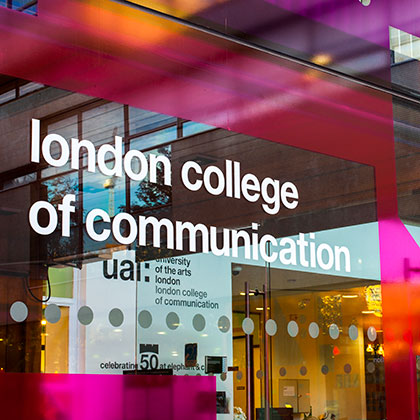 For the last three years I have spent my time cycling in between Policy Lab in Westminster, the Government Digital Service in Holborn and London College of Communication in Elephant and Castle. I had decided that after 10 years in a fairly traditional civil service career path (Fast-stream, think tank secondment, stint at No.10/Cabinet Office and head of a policy area in a department), I wanted to do something more ‘creative’ (more of this later) and gone off to Berlin for a couple of years and then returned to do a part time Masters in Graphic Design. 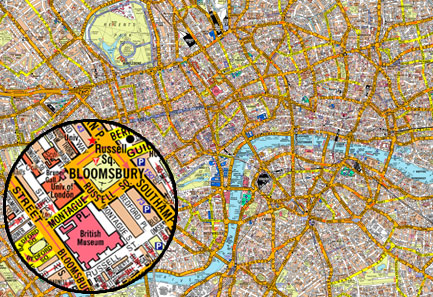 I chose graphic design initially because I wanted to make something aesthetically inspiring, and I had closely associated creativity with aesthetics. I had been inspired by women such as Florence Nightingale (created the first polar map visualising preventable deaths in the Crimean War, Phyllis Pearsall (created the A to Z) and Margaret Calvert (worked with Jock Kinnear on the motorway road signs and typography). By the time I finished, I had realised that creativity is more about the process than the outcome, and that design can be used as much to research as to communicate.

I was lucky enough to start working for Policy Lab at the same time as my studies. And just as well as we both had a similar mission: to bring new design practices into Government to improve policymaking. But perhaps ‘translate’ is a better word than ‘bring’. Policy Lab is exciting because it sits on the edge of Government and is able to experiment with new techniques that have never been tried before in Government, like policy jams (not what you put on your toast) or speculative design (not predictable but possible futures). It looks outside to different sectors for new ways of working, but looks inside to the reality of how Government works and explores how these new tools might need to adapt if 17,000 policymakers and going to value and use them. A hybrid approach of creativity and innovation together with an understanding of how Government works.

And that is not to say that Government is not highly creative or innovative already. It most certainly is – you just need to look at the Civil Service Awards to see. Policymakers are really enthusiastic about our workshops; they give people a safe space and permission to think in different ways opens up hundreds of great ideas. Perhaps we need a set of ‘Creative Chatham House’ rules to let people imagine the unimaginable without fear of being laughed at. It only by doing this that you get to new and transformative ideas. 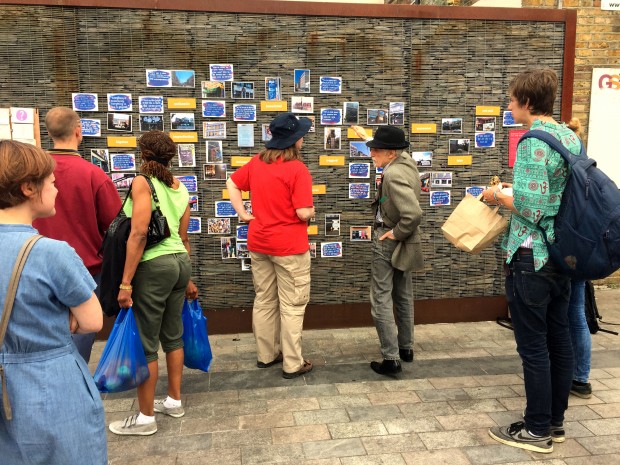 Working in Policy Lab allowed me to apply the theory I had been learning in my studies into practice. One of our uni workshops was on speculative design. Speculative design comes from the field of critical design, and is a way to explore not predictable or plausible futures, but other possible ones. It creates tangible artefacts (objects, pictures, stories) which are often deliberatively provocative in order to engage people in a debate about whether they want to belong to the future it describes or not. We got given a brief to think about how identity might be conceived of in different possible futures. I imagined multiple off-the-shelf identities that you could try on and test out and delete if you don’t like them or grow out of them, a bit like you can online. But more importantly, we are now using speculative design as a way of exploring and co-designing visions for the future with the public.

“It is always about trying to pin the future down. This is something we are absolutely not interested in... In our view, it is a pointless activity. What we are interested in, though, is the idea of possible futures and using them as tools to better understand the present and to discuss the kind of future people want, and of course, ones people don’t want.”  Tony Dunne and Fiona Raby

It also allowed me to push my graphic design practice further, and explore how visual communication could be used as a research tool. In Policy Lab, we use a lot of visual stimulus and ethnographically informed methods to research people’s experiences and views. My MA project was looking at gentrification in Dalston (a neighbourhood in Hackney, London), and I was able to use a variety of visual methods to research what was happening: using prompt cards and maps in workshops to explore people’s connections to the area; getting people to take photos of things that either made them feel included in or excluded from how the neighbourhood was changing followed up by an interview; and then putting their photos and quotes onto moveable boards which other people could mix and match to create their own story about gentrification. 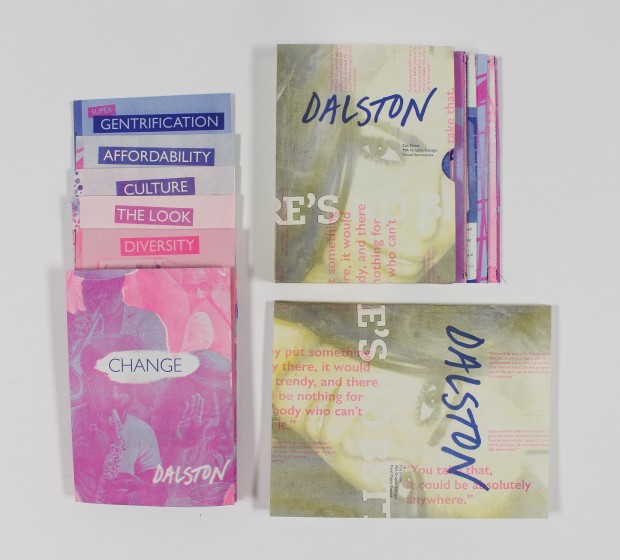 One of the great things about being a civil servant is that people are really up for people to go out and get new skills and experiences and bring them back and improve the way we work. I have been incredibly lucky to do so at the same time as Policy Lab was providing a proving ground for new ways of working – specific new techniques as well as collaborative, reflective and iterative ways of learning.

But although I’ve handed in and got my mark, it’s not really over. You don’t have to do a course to be create or learn design approaches. We learn by doing, and every workshop, every project, every person we work with or user we talk to teaches us something new. We’re keeping hooked into fresh thinking and learning by collaborating with students in other universities. The RCA Service Design MA is exploring how we can encourage individuals (not just organisations) to invest socially, and the CSM Product Design BA is tackling how we tackle issues of trust and access so people can use the technology that will help with the challenges of an ageing society. So rather than seeing my university years done and dusted (once more), seems like I might still be hanging out in the student union or canteen.