Policy makers are as subject to behavioural biases as everyone else according to the Behavioural Insight Team’s (BIT) latest report, Behavioural Government (P7). In fact, when making decisions we may be more biased given that the subject of our work is inherently emotive. BIT identify eight of the most common cognitive biases in government which they categorise into three areas: noticing, deliberating, and executing. The report proposes several strategies to mitigate these behaviours which, after mapping their relationship with our tools and techniques, I believe are already implicit in Policy Lab’s tools and processes.

In this, the second of three blogs, I share how policy-makers can, and already are, using experimental approaches and practical tools to ‘bust biases’ when deliberating.

Policy makers are constantly in conversation. Of course, we communicate regularly in the written form - and are accustomed to critically challenge while we read. But according to the report, the subconscious data in our verbal, group based, conversations are harder to control and can have a huge impact on creation of policy; “although groups are often believed to create more and better ideas than people working separately, this is not the case - they actually produce fewer and worse ideas.” (P.32).

So what’s going on? And what can we do about group reinforcement, the illusion of similarity and inter-group opposition? 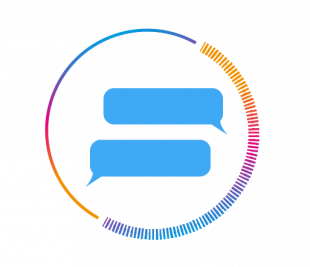 Think back to the last time you were at a pub quiz and had to agree an answer with your team (“You're a Quizard, Harry”). When an idea is expressed with confidence, often one that the majority of the group already think, it is accepted by the whole group. This reinforces the idea, justifying it even when not supported by evidence, often because it is seen as, or becomes ‘common knowledge’. BIT’s report suggests that this behaviour occurs for two main reasons which are easy to relate to: firstly, when an opposing view is expressed, people may question their own beliefs and think they lack full information; secondly, people do not express their own contrasting opinions because of social pressure and the human desire to belong.

BIT’s ThinkGroup approach allows meeting participants to sit and add their ideas anonymously into an online document. This allows people to pursue their own thoughts fully and add to other ideas. The approach is also good for introverts who may not feel comfortable in workshops. Find out more in our blog on making workshops more inclusive.

Whether Lab is running tailored policy sprints for small team meetings or large scale co-design events (or pub quizzes), we focus on opening up the policy making process. This can be quite simple: changing a meeting setting; inviting a broader group of experts; building ‘silence’ into workshops; replacing the chair with facilitators. We think all these tweaks help us have more constructive conversations, leading to tangible outcomes.

Before our workshops we consider who needs to be in the room, and what evidence they need to have an open conversation. That might be collecting primary and secondary data for an evidence discovery, or bringing citizens into the room through ethnographic films and human-centred research.

According to BIT, cognitively diverse teams are much better at approaching problems, especially if there is a need to be creative (P.12). Many organisations are working to improve their workforce diversity in terms of race, gender and socio-economic background. At the same time, Lab works alongside policy teams, bringing in experts from various disciplines to bring new perspectives and help them team generate a wider range of potential solutions.

Put simply, the illusion of similarity occurs when people don’t realise they are assuming how much others share their point of view and consequently make inaccurate predictions about how others will behave (P.35).

For policymakers the illusion is often broken only at a point of crisis, where the public's opinion of a new policy contradicts the government's expectation. Behavioural Government gives examples.

The design approach is about building empathy and breaking assumptions. We think that taking a citizen-centred approach to policy design reduces the risk of the ‘illusion of similarity’. In early stages, we ask policy makers to sketch out a persona of people who might be impacted by a policy. Often participants feel uncomfortable, as though they are stereotyping a particular group. The process forces policymakers to reflect on their own biases. This often sparks the need to spend time with those affected to understand what’s really going on in their lives. Only then do we build prototypes of how the problem could be solved, and test them again and again. If our ideas resonate, we’ll keep exploring them, and if they are criticised we adjust accordingly and ensure the citizens’ voice is communicated back to the department. One example was our project on the Private Rented Sector where we tested six policy prototypes with landlords, letting agents and tenants across the country. The result was a recommendation for a new, three year secure tenancy agreement which is currently out for further consultation.

When generating ideas with a group of stakeholders or a policy team we try to bring in different scenarios to produce divergent thinking. Our change cards ask questions like, “What is definitely not the answer?” followed by, “What is the opposite of that?”. My favourite has to be “What would a person experiencing your idea think about it?” These constraints force a group to move away from their go to solutions.

Legal and behavioural economics scholar, Cass Sunstein, explains that when two groups with different beliefs deliberate on a topic, they tend to polarise. Both groups reject the others view, even if one argument is more robust, and their beliefs entrench. This is a real challenge when trying to get teams or stakeholders to cooperate. BIT’s report concludes, “In fact… when groups interact with each other they are less cooperative and more competitive than when individuals interact with each other.”

Policy-makers will be very used to dealing with pressure groups, think tanks and other stakeholders when consulting about a new government action. However, the idea of bringing them together in the same room, at an early stage can be daunting. During these co-design sessions we find it useful to take groups out of their comfort zones and explore problems in a different way.

We recently worked with a range of partners to gain insights into the good and bad cybersecurity practices of large corporations. We invited individuals (not large groups) from different organisations for a ‘red-teaming’ workshop (as attendees were in a similar market, our approach allowed them to remain anonymous in the meeting). We provided a fictional scenario, with hacker and company personas, and created two opposing teams. Attackers and defenders filled out cards with a mix of threats and protective measures before taking it in turns to play. Teams then had to deliberate, with a referee judging the winning approach. This helped gather really rich data including types and level of threat, cost and complexity of intervention. Red-teaming used biases to generate insight. Through competition, we got co-operation.

Sitting in the Cabinet Office, one of our key functions is to bring together groups from within government, to break down silos and share expertise. With so many moving parts, we try to create bespoke tools to ensure that when groups deliberate about policy, talk leads to action.